Many bands are known for passionate love songs or gut-wrenching riffs. Thambi K Seaow was not necessarily one of them but they sure did have a way of sending across their message! The parody band made waves in the late 2000s and early 2010s with hilarious and often vulgar tunes to break the monotony of politically correctness! 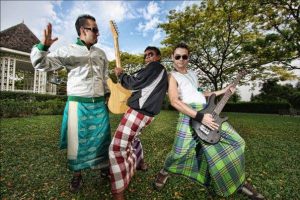 Inspired by fellow local band Boredphucks who were banned in Singapore and went to Australia to play as The Suns, Thambi K Seaow began in 2008 as grunge rockers who sang in sarongs and slowly gained popularity in Singapore, eventually landing gigs at venues like the Esplanade Outdoor Theatre, Fort Canning and St James Powerstation. 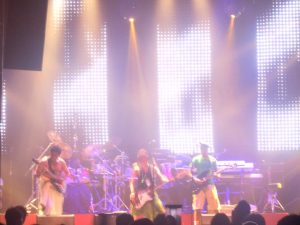 The band started as a quartet with Shyam Raj on lead vocals, Tharenii on guitar, Rory on bass and Karan Grewal on drums.Their amazing discography had songs in English, Tamil, Punjabi, Malay and a smattering of colourful dialects to complete the local flavour. One of their first music videos was “Yineh Da Pakere” featuring some incredible acting by the band to illustrate the significance of the title! 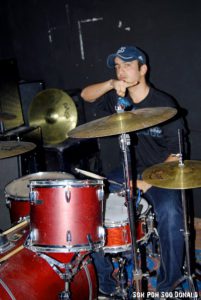 The name “Thambi K Seaow” stemmed from “Thambi” which means brother in Tamil and “K Seaow” which means “to disturb” in Hokkien. The band wanted had no desire to provide tasteful music and devoted themselves to performing comedic routines with some crazy rock music. LOFI-SG TV did an interview with them to find out more about them and their work.

Their outstanding work was recognised by CNN when they were listed in CNN Travel’s top 25 of “Who Mattered Most in Singapore in 2009”. The boys were also interviewed by Utt Tv ahead of the release of their album “Your Mother” in February 2010. Support for their work was overwhelming when their album was sold out at on the first day of release at HMV! 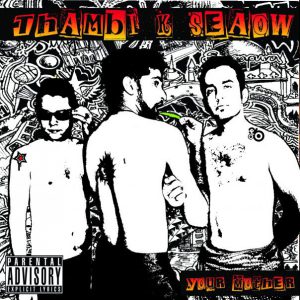 The band gigged like crazy through 2010 at all kinds of bars, restaurants and stages to flaunt their relatable and catchy tunes. Their song “Sebab Saya Shotgun” that had a delicious lyric was played on radio station 89.7FM.

The band constantly interacted with fans on facebook with endless jokes and jibes that was sure to make anyone burst out in laughter. Eventually, with 10 songs in their repertoire, the band also released the lyrics on facebook to help their fans memorise the songs and join them onstage during their sets! 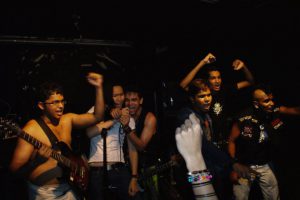 The boys were not afraid of putting themselves out there and continued making DIY music videos for their songs “Bak Kwa War (CCB)” and “Sebab Saya Shotgun”.

Of course,we can’t end this article without mentioning their song “Bhangra Rock” that had some crazy guitar and drums.

While the band is working on a new album, you can listen to their previous one at their Bandcamp page. You can also check out the craziness over the years from their Facebook page.